So I’ve just got back to my hotel from the final day of NDC Oslo 2016 and as you always end being after these things, I’m shattered. I came with the objective of finally getting some learning on ASP.NET Core (however much it may have pained me) and where better to do it at one of the biggest and most respected conferences going? Whilst I may have started off with ASP.NET Core in mind, I soon got distracted by the high quality security speakers and wide range of subjects.

I think the best write up I can give is to talk through the experience and then list the talks that I attended, making recommendations where possible about which speaker or talks you should keep an eye out for.

I had no idea this conference would be as big as it was. The conference was hosted in the Oslo Spektrum, which has a maximum capacity of 10,500 and is more commonly used to host international pop stars (they were currently advertising for Macklemore & Ryan Lewis). Instead of the usual crowd you had a bunch of software developers using the central standing area as an exhibition and catering hall, with the seated areas sectioned off as breakout rooms. 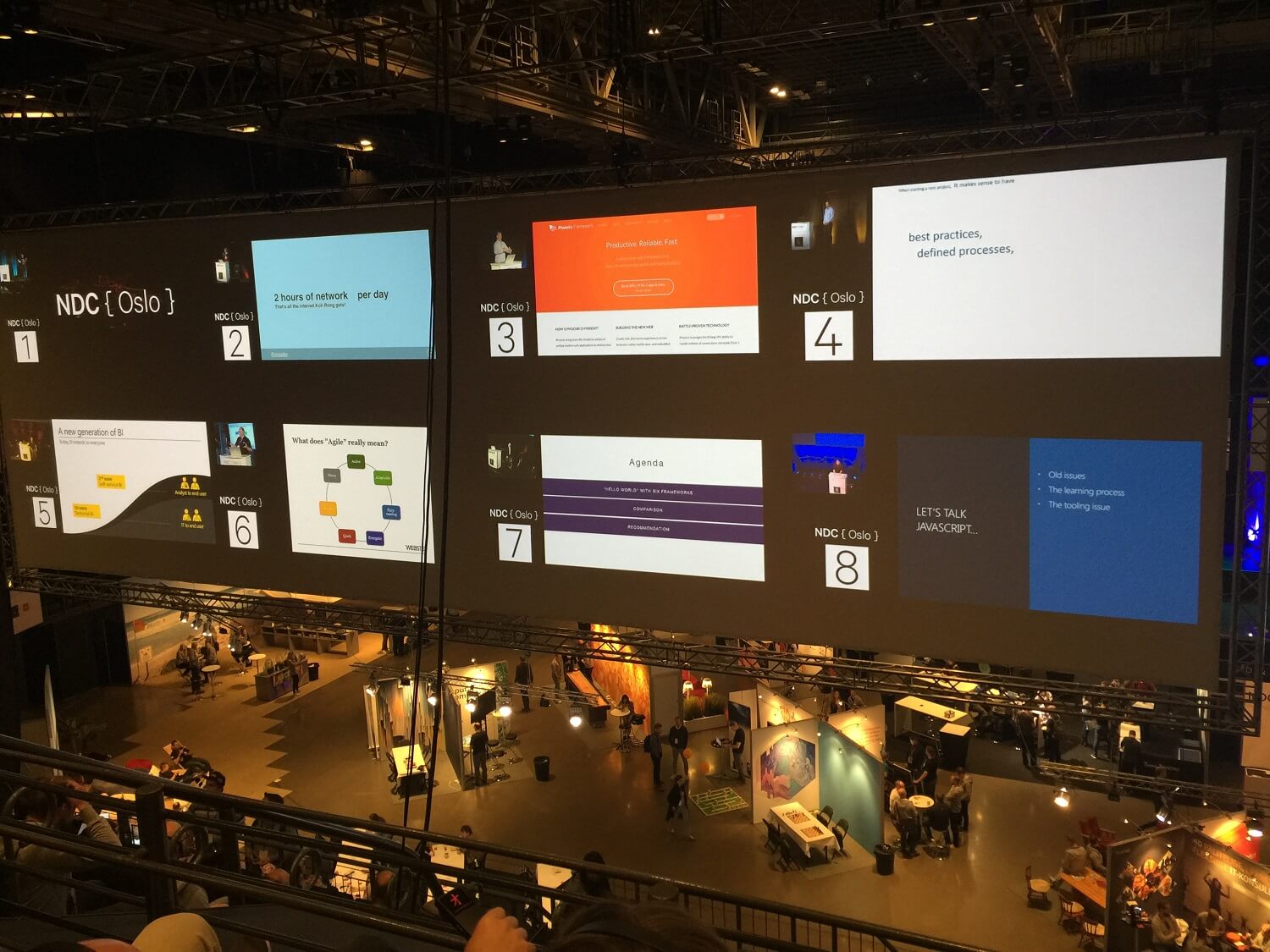 What I found useful towards the end, and wish I had known about sooner, was the overflow room. This area had a live feed to all of the breakout rooms on a large projector (and a commanding view of the exhibition area) and upon entering you were given a headset that could tune in to any of them. So if you were unsure about any of the talks you could just use this room instead and merely have to switch audio channels and crane your neck a bit, instead of doing the walk of shame out of the room whilst the speaker glares at you.

The days are pretty long, running on average from 0900 to 1900, with 20 minutes between each talk and an hour for lunch. There was no limit on how much food you could eat, with various stalls serving small portions of the theme they were running. Unfortunately the coffee wasn’t great, there was one snobby coffee stall (I do love a coffee snob, they may be rude but they’ll ensure you get a good coffee) but unfortunately it was nothing to write home about.

Most importantly there’s a shrimp cruise, which I’d wholly recommend just for the chance for you to talk to some of the speakers and take in the views of Norway (and not just Oslo city center). 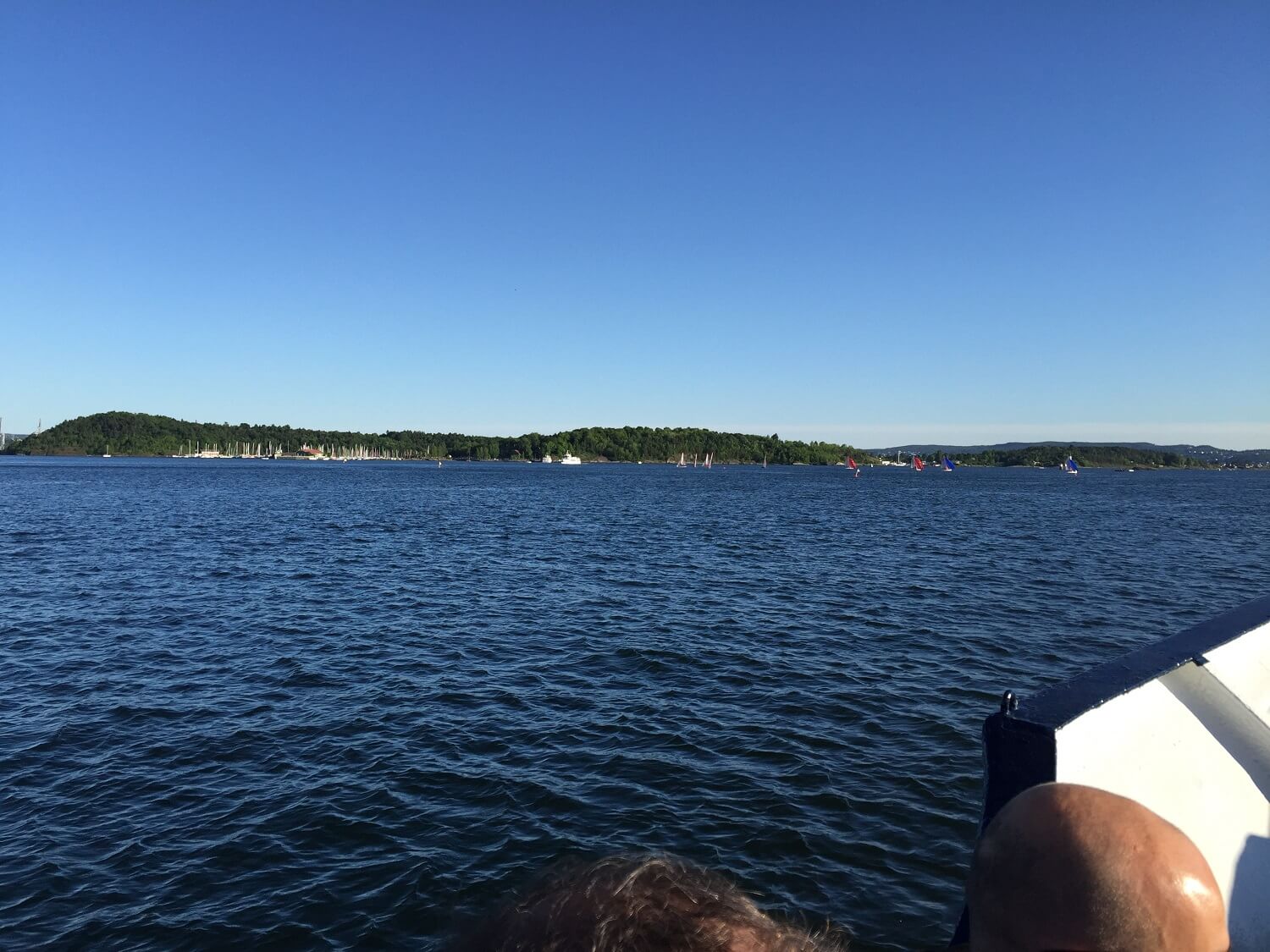 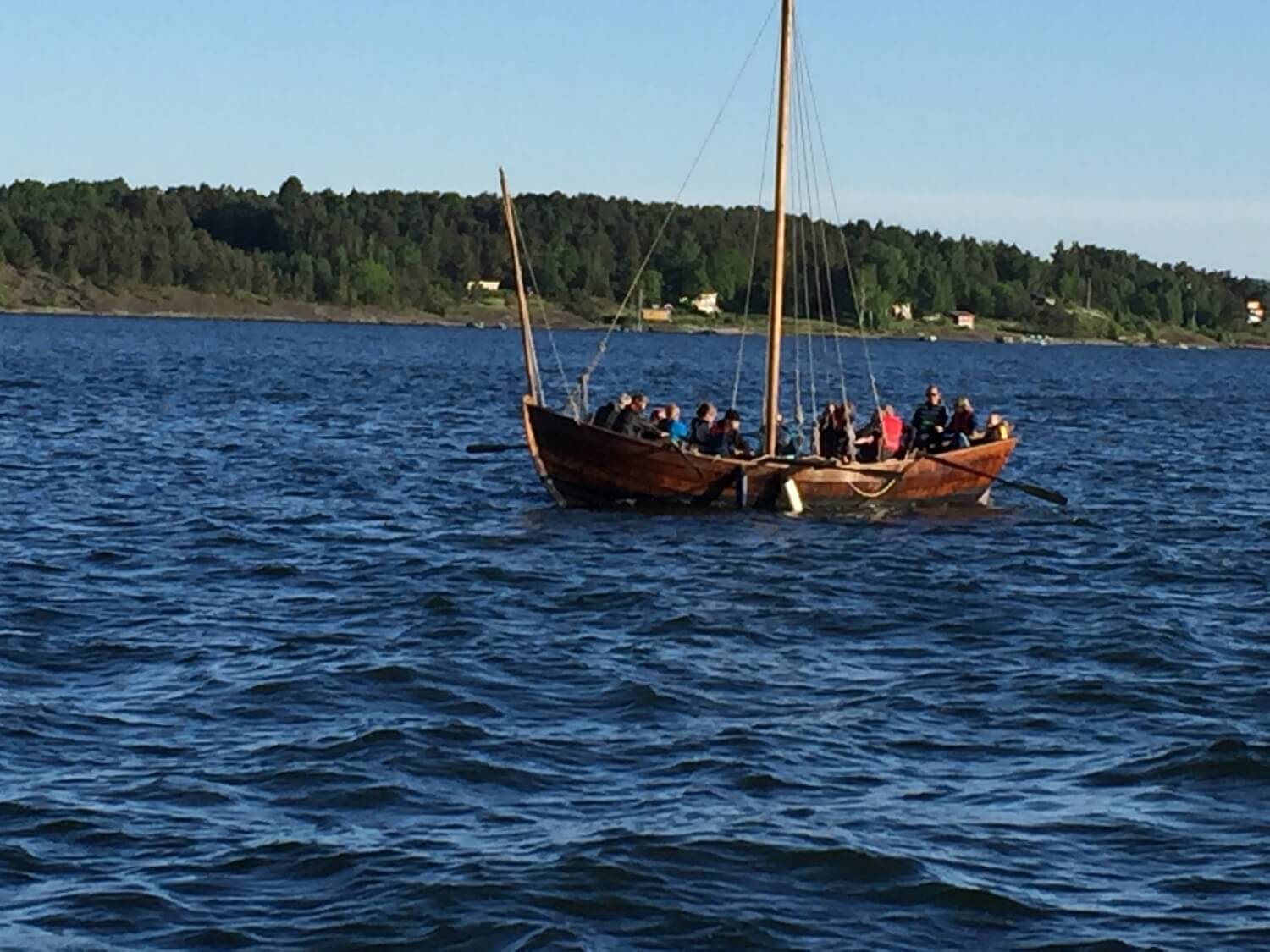 Exhibitors means one thing: freebies! But of note (aka who had the coolest laptop stickers) were Jetbrains and GitHub, who I had an interesting conversation with regarding their remote working setup, despite myself starting the conversation with "so what do you guys get out of this" (see all other exhibitors selling something in some way). Talking of which, I also saw OzCode for the first time, which I’ll need to make a point of checking out. 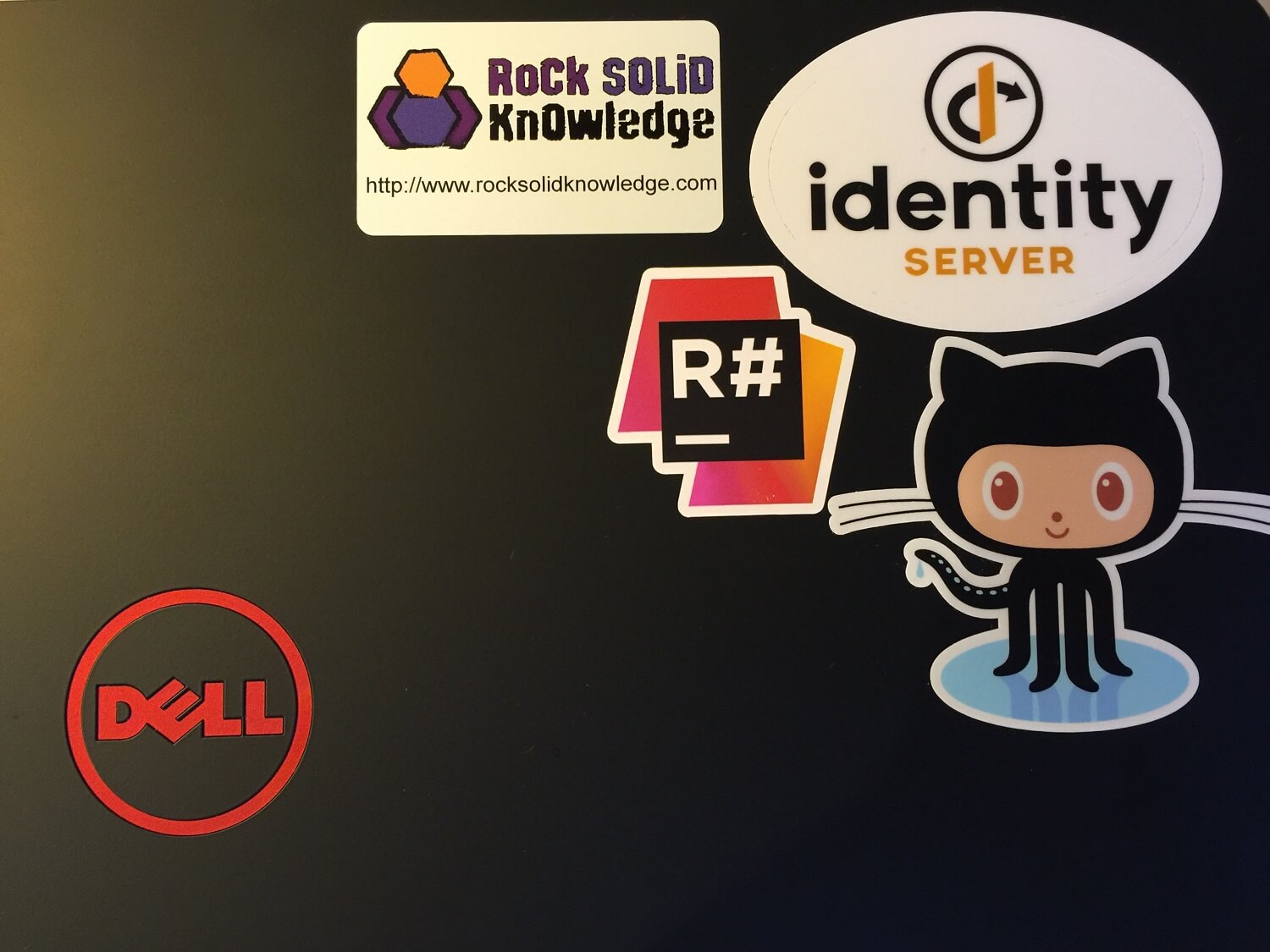 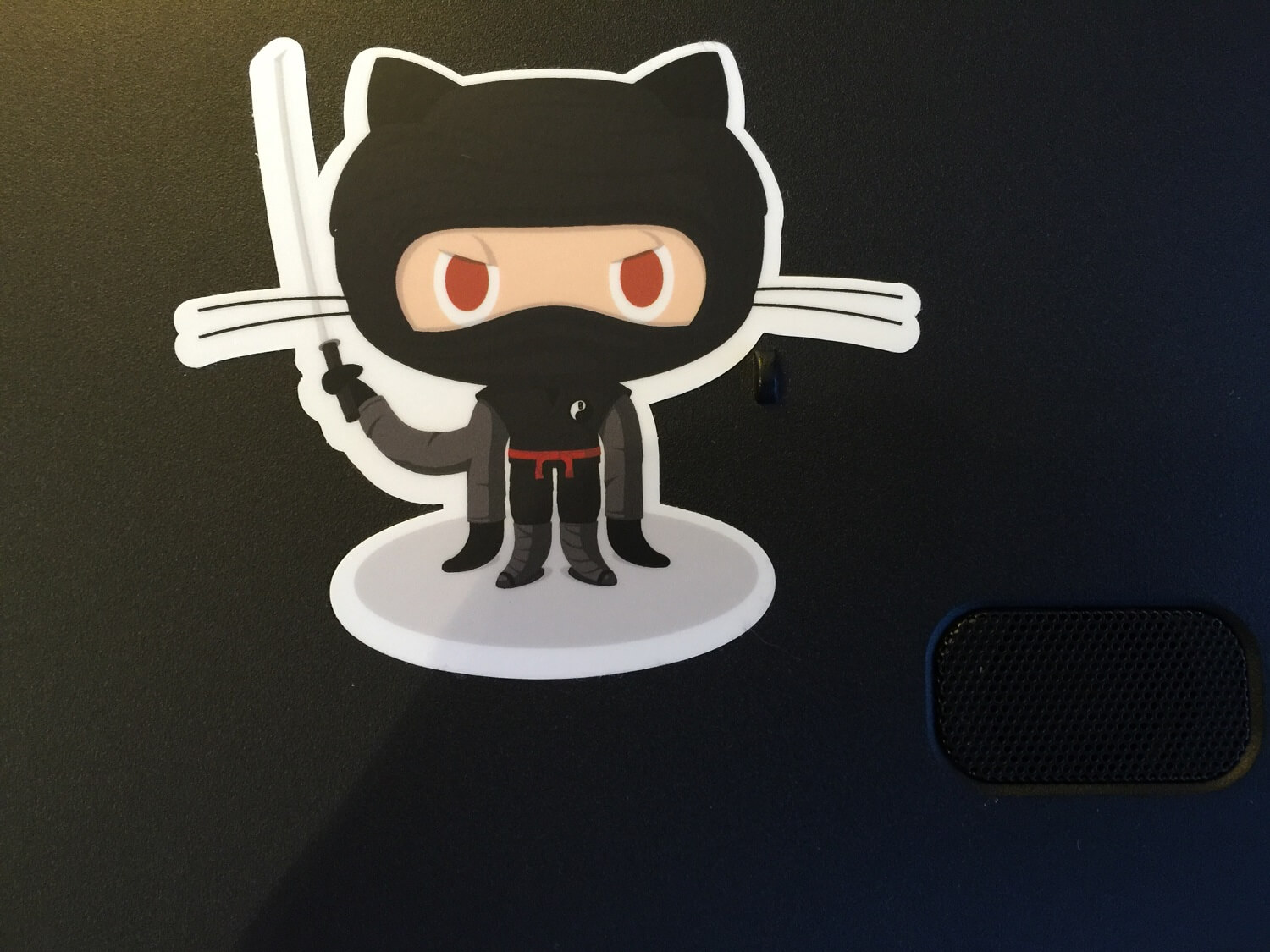 As someone who works with Identity Server, I thought it was great that about 50% of the talks I went to gave mention to the project, even when the speaker was explaining the benefits of the competing Azure AD! It’s great to see its growing popularity in both usage and community support.

Also, despite this being a conference filled with cutting edge technology and concepts, there were still two demos that used a WinForm app.

You can find the growing catalog of uploaded videos on vimeo here.

This conference provided me with two things: get me psyched to dive into and write about loads of new and interesting topics but also to reaffirm my own speaking style. I plan on presenting at events over the next year and seeing what styles and topics have appealed to not only me but more importantly others, has been enlightening.

For instance there is no way I could stand up and talk about "my experience learning x" or "my process solving y", I just wouldn’t think I was giving the audience their money's worth and therefore have the confidence to convey it effectively. Instead I find it needs to be something I believe in and that is new or eye opening for the audience. From what I saw from the reviews given by others, at least the Scandinavians agree with me in this sentiment.

So overall the conference was a huge success, I got the knowledge I came to get and have opened up a new avenue of research and learning to explore. I’ve come away from it feeling inspired and excited about the future, just like you are meant to.