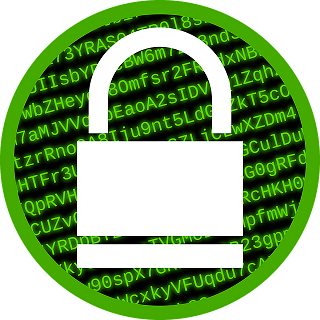 What is less common but also useful is SAML assertion encryption. This token encryption is useful when your SAML token includes claims/assertions that contain private data which might be held for a long period of time or passed around through untrusted intermediaries.

The Ws-Federation Katana component only uses the methods defined in ISecurityTokenValidator.

Now for some code. First we’ll start with a Client using WS-Federation for authentication. We'll need the following nuget packages:

This will pull down the required dependencies, including the aforementioned System.IdentityModel.Tokens.Jwt and Microsoft.IdentityModel.Protocol.Extensions packages. Don't forget to also pull down your OWIN host of choice (e.g Microsoft.Owin.Host.SystemWeb for running in IIS).

Now we need our OWIN startup class configured to use cookies as our local sign in type and Ws-Federation as our method of communicating with our STS.

Normally with this configuration we can quite happily log in to our STS, but when we receive an encrypted token we are met with:

System.IdentityModel.Tokens.EncryptedTokenDecryptionFailedException: ID4022: The key needed to decrypt the encrypted security token could not be resolved. Ensure that the SecurityTokenResolver is populated with the required key.

To resolve this we need to load in the private key that can decrypt the token.

Token Encryption for SAML 2.0 is the simplest to set up as it works out of the box with the WS-Federation Katana Component by using the TokenValidationParameters property of WsFederationAuthenticationOptions.

Where Cert.LoadEncrypting returns the our private key as a X509Certificate2. This can be done by loading from the certificate store, but for the sake of this demonstration I am loading from an embedded resource.

This is all that is required to decrypt a SAML 2.0 token using the WS-Federation Katana Component!

You can find a working copy of this SAML 2.0 token encryption on GitHub using IdentityServer3 as the STS.

All of this means that there is a whole lot of extra work required to deal with SAML 1.1 encrypted tokens.

Luckily there is already a blog post on this by Chris Klug detailing how to implement an EncryptedSecurityTokenHandler and SamlSecurityTokenHandler that the WS-Federation Katana component can work with. Note that this post cuts a couple of corners to get the decryption working and doesn't use the TokenValidationParameters, so maybe don't use it verbatum, however it is a very good place to start.

I'd be interested to hear if anyone has a huge requirement for SAML 1.1 token encryption and for it to work with OWIN. As far as I'm aware no one has implemented/released a solution to this yet and it may be something I could dedicate some time to.