Confused how to properly authenticate access an API when using a browser-based application? Then use the below cheat sheet to choose the right approach for your needs.

I have an application running within the context of the browser (e.g. a React or Angular Single Page Application (SPA)) that wants to access an API on behalf of a user. This authenticated API call will be made directly from the user’s browser, and only our application should be able to call it on behalf of our authenticated user (i.e. we’re not vulnerable to Cross-Site Request Forgery (CSRF/XSRF).

Let’s break down our options using some criteria. Not all the criteria are earth-shattering vulnerabilities that demand an immediate application rewrite; however, they can be used to decide which approach to take based on the risk profile of our application.

All options should include CSP as standard. XSS is a risk that undermines all of the above approaches. 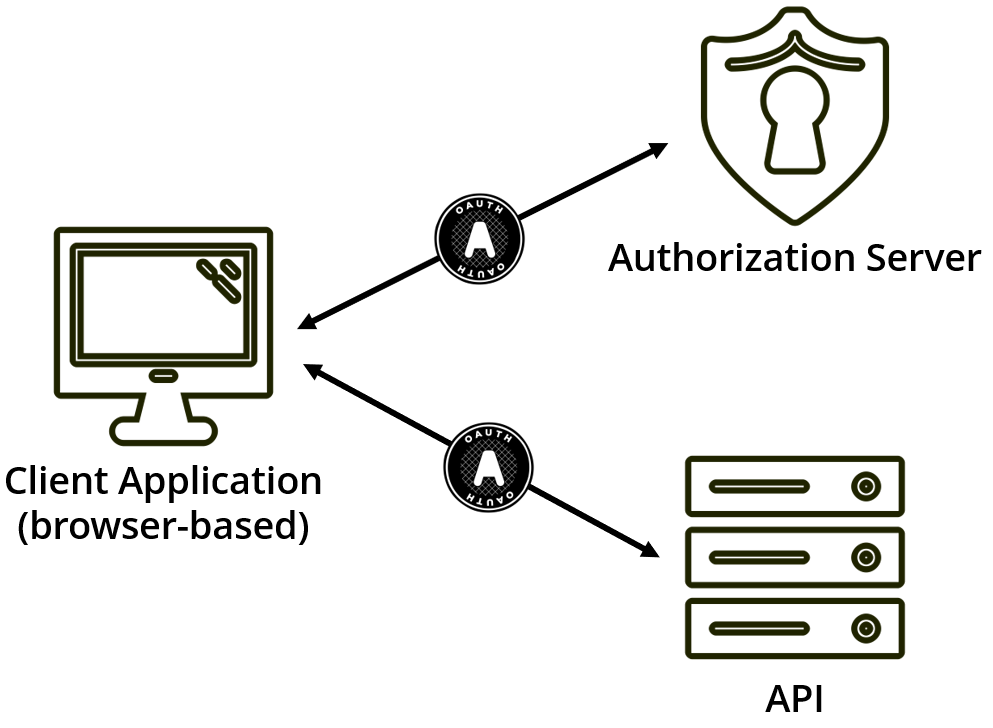 The use of OAuth meant we solved CSRF and XSS concerns when using cookies to access an API.

Mitigations when using this flow include using OpenID Connect identity tokens (including nonce and at_hash validation), and the URL hash fragment as the response mode. 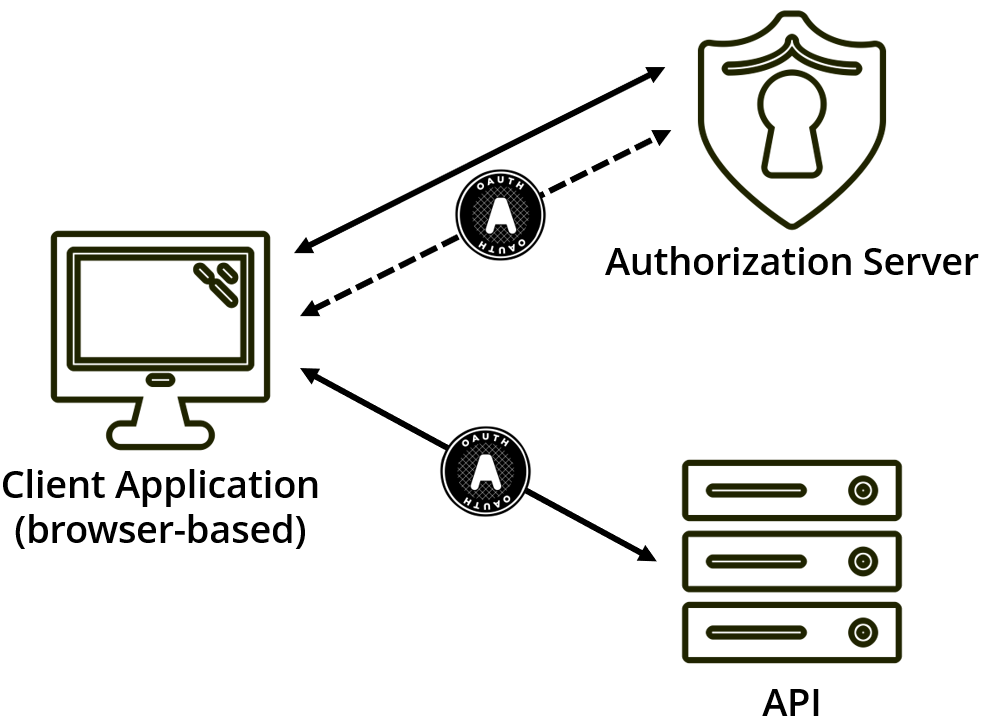 By using Proof Key for Code Exchange (PKCE), we can provide OAuth a mechanism to remove access tokens from the URL entirely (whether using the query string or hash fragment), while also giving the authorization server a mechanism of verifying that the authorization code has not been stolen.

However, we’re still left with the issue of where to put that token once we receive it. Also, some of the benefits that PKCE gives us may be undermined by how we store the code_verifier (again, it’s stored in the browser).

One of the initial driving factors behind OAuth was the mitigation of CSRF when using APIs. With the increased support of same-site cookies, the CSRF concern with cookies and APIs has lessened, with same-site cookies telling the browser to only attach the cookie to the request when the request comes from the same domain that issued the cookie.

This approach limits our client application to be hosted on a single domain; but, if that’s all you need, then this is a straightforward solution to authenticated API access.

A different approach, recently detailed by Dominick Baier, is to remove API access from the browser completely, instead, using a lightweight server to handle OAuth requests, sessions, and token storage.

This server backend triggers handles authentication and any communication with an OAuth authorization server, uses the same-site cookies to authenticate calls between the frontend application running in the browser, and the backend server, and then uses OAuth to talk to the API.

Using this combination of same-domain applications and OAuth, we prevent access tokens from ever appearing in the context of the browser, while still preventing CSRF. However, we’re gaining full security at the expense of speed due to each API request now being repeated by the backend server.

Check out Dom’s article “An alternative way to secure SPAs (with ASP.NET Core, OpenID Connect, OAuth 2.0 and ProxyKit)” for more details and a reference implementation.